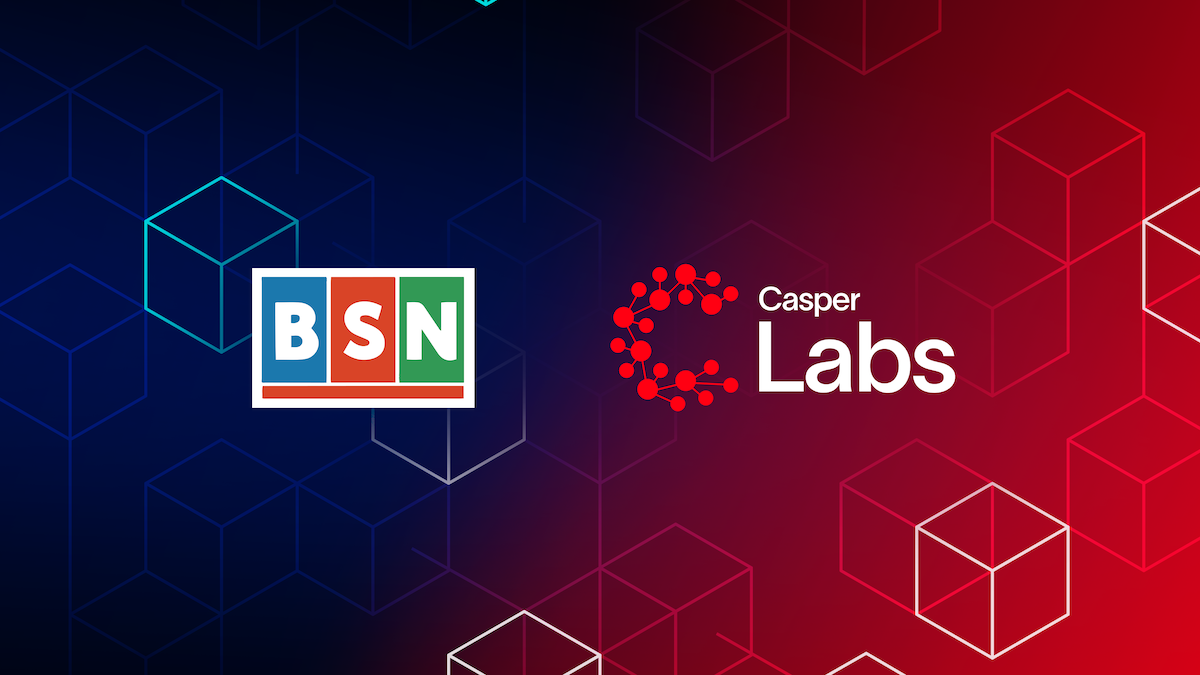 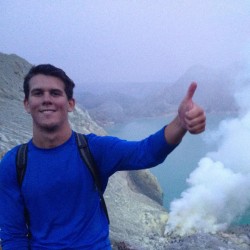 Last month, we announced our partnership with BSN to accelerate developer adoption of Casper. Like BSN, CasperLabs is committed to promoting greater blockchain adoption by making technology more accessible and cost-effective for builders.

We recently hosted an Ask Me Anything event on Casper’s official Telegram channel with CasperLabs co-founder and CTO Medha Parlikar and Henry Ma, chief architect at BSN.

Below is a lightly edited transcript from the event:

Please tell us a bit about yourselves, including your backgrounds and what led you to your respective roles with the Casper and BSN projects.

MEDHA: Hello, I am Medha Parlikar, the CTO of CasperLabs, developers of the Casper Network. Prior to CasperLabs,  I worked in large SaaS companies as an engineering leader, responsible for the creation and delivery of product. I’ve managed teams numbering over a 100 at leading multi billion dollar companies like Adobe, Omniture, MP3.com and Avalara.

I fell down the blockchain rabbithole in 2017 and have been an avid fan of the promise of decentralization and open source software, this led me to co-found CasperLabs in 2018..

Mrinal and I founded CasperLabs because we believe that a decentralized pure PoS protocol based on the Casper research is possible. We are trying to accomplish a few things:

HENRY: Hi everyone, I’m Henry. I have 10+ years of experience in software development and product design. Currently, I’m the chief architect at BSN and play a hands-on role in delivering all BSN products, including public BSN, private BSN and the BSN empowerment platform. I’m also in charge of all technical work related to integration of permissionless / permissioned chains, open permissioned blockchain initiatives and interchain services in BSN.

2. What were the major factors that led to your decision to partner with BSN / Casper?

MEDHA: In just over a year, BSN has developed a strong reputation for partnering with the top projects in the space, and its commitment to creating a worldwide network that would make it easier for more developers to build more decentralized applications is clear. Blockchain adoption is at a tipping point. To continue on this current pace, we need to make decentralization more accessible to traditional organizations, without compromising on security or performance. Working with BSN will ensure that their large and growing global developer network will be able to access all the benefits of Casper’s enterprise-friendly building environment.

HENRY: In order to build a one-stop-shop for global developers, we want to integrate with many frameworks. We are always looking for partnerships that will improve the blockchain ecosystem. We have already integrated 15 pubic chains into our ecosystem, including most of the popular public chains - including Casper.

Like Casper, we believe that corporations, developers and consumers should not compromise with different features across different blockchains. We are both providing a platform where users can freely choose, depending on their needs. Casper provides a developer-friendly, user-friendly and upgradeable network. We believe that this will present a good choice for our developers.

3. How does Casper different from other public chains? Can you highlight some unique features?

MEDHA: The big difference between Casper and most other protocols is that we provide the tools for projects to centrally manage their on-chain code if they wish.  We do offer immutable contracts, but this is just an option.

Contracts on Casper are fully upgradeable (including the internal state of the contract).  Additionally, we believe that blockchain is a small part of a much larger application architecture.  A trust layer that enterprises will use to improve their existing products. So businesses can see the immutable blockchain history coupled with an ever changing set of on chain smart contracts that represent the present day logic for their applications.

Our developer workflow  supports the development of enterprise applications.

4. BSN’s vision is to build a “Digital Silk Road” that brings together top blockchain networks from around the world. Can you share more on what that will look like in practice, and how Casper fits into that vision?

HENRY: Yes. BSN’s vision is to build a “Digital Silk Road” that brings together the top blockchain networks from around the world. We want to deploy more PCNs worldwide and integrate with more chains like Casper.

At the beginning, we found that various blockchain networks are essentially silos that didn’t conform to blockchain’s original intention. There could be an internet environment where there are tens of thousands of interconnected DLT networks. We want to build an ecosystem that brings together all the top blockchains.

Users can use any BSN portal to purchase cloud resources that charge based on transactions per second (TPS), storage quantity and bandwidth from any public city node around the world.

By building PCNs around the world, we are able to include as many blockchain frameworks as possible and make them accessible under one uniform standard, on the BSN platform.

5. What are the biggest hurdles to getting more developers building decentralized apps today, and how will the Casper x BSN partnership help make the process more accessible to more developers?

MEDHA: Knowledge and training are 2 big hurdles I believe. Blockchain is hard to understand, and there are a lot of different protocols in the space.  Many of these protocols are new and do not yet have enough of an ecosystem built on them to make development easy.  Providing the frameworks to make blockchain accessible is critical to broader adoption.  Casper’s developer experience is unique in that contracts can be run and tested without the overhead of a full node infrastructure - making access to the technology even better.

HENRY: It’s hard to promote public chains in China because China’s regulations do not allow for the use of cryptocurrencies. OPB is designed for public chains to enter the Chinese market legally. It makes public chains regulatorily obligated by removing the mechanism of using cryptocurrencies to pay for gas fees, and offering permissioned controls over node deployment.

After becoming our partner, Casper can participate in OPB to reach China’s market. In addition, BSN and Casper can produce more innovations based on the OPB, which is an easier and more cost-effective way to deploy Dapps for SMEs.

6. What major milestones should we be watching for with Casper and BSN over the next year?

HENRY: In 2021, BSN plans to integrate with over 30 public chains, along with all popular, permissioned blockchains. BSN also plans to deploy around 150 public city nodes by working with local cloud service providers. We will keep improving our services to ensure the quality and stability of the network.

Additionally, we will make using blockchain technology without having to buy cryptocurrencies easier. We envision a public chain in which gas fees can be paid without buying cryptocurrency.

After being integrated to BSN’s ecosystem, Casper will be able to provide its developers with exceptional, low-cost resources and tools to deploy and run Dapps on the BSN network. Moreover, we encourage Casper to join the OPB project to realize more use cases in which gas fees don’t require purchasing cryptocurrency.

MEDHA: We look forward to joining OPB! The CasperLabs node supports permissioned networks with little or no configuration change.

HENRY: Enhancing interoperability is one of BSN’s main goals this year. We should collaborate: scalability and programmability are important focuses for both of our projects.

MEDHA: The CasperLabs node software supports important features for enterprise, such as access control and contract upgrades (management) features. Along with an enterprise-friendly developer workflow.

7.  Casper has clearly developed an impressive technology offering that introduces clear upgrades on security and scalability, without sacrificing on decentralization. How will the CasperLabs team ensure that teams are actively building on this, and increasing overall blockchain adoption?

MEDHA: We’re weeks away from Mainnet launch and we have already built an extensive, global community of partners, customers and developers actively building on Casper. CasperLabs exists to provide enterprise-level services and support, a critical factor for easing the adoption curve and providing enterprises needed assurances around performance and reliability.

Our project with IPwe, (a patent marketplace) will create a chain of custody solution for patents on the public Casper blockchain.  The problem it solves is that almost 5-10% of all patents sold today are sold by someone that doesn’t own the patent.  To solve this problem, the actual owner will be registered on the public blockchain. Patent data is public information.  The Global patent registry will register all patents worldwide on the Casper blockchain.  IPwe selected Casper because of our powerful contract and account management features, real decentralized consensus and smart contracts.

The features I have described are very well received by enterprises, because they have all of these concerns about managing their contracts.  This is why businesses are selecting private chain infrastructure.  It is about control and management of smart contracts.

I see blockchain infrastructure as a trust layer for commercial applications.  If there is value in adding trust (something that can be proven via blockchain ) -  this is a use case.  We have several projects where this is the key enhancement for the application.

8. What are the main advantages of this Casper Based Proof of Stake Consensus in Casper?

MEDHA: The Highway protocol is what gives Casper Security, performance and decentralization.  All 3 sides of the trilemma are enhanced.

Highway doesn’t use statistical or probabilistic security.  For every block 2/3rds of all stake must vote on the block before the transactions are executed.   This means Validators have to attest to blocks. If they don’t vote- they do not get rewards and will eventually be ejected by the protocol.

Any token holder can select any validator to stake their tokens with.  This stake helps a validator increase their chances of being selected via the on chain contract.  Delegators will have a real opportunity to influence the validator set - and while this does happen in DPoS protocols, the incentive mechanisms are not as strong as they are here.  Selecting a reputable validator for delegating is important.

We believe this form of validator selection encourages validators to provide great service & develop a good reputation in order to attract delegators. This makes the protocol decentralized & permissionless. Because Highway is pure Proof of Stake, it is much more efficient than Proof of Work.  This gives it performance.